Did the first flower look like this? - BBC News

All living flowers ultimately derive from a single ancestor that lived about 140 million years ago, a study suggests. 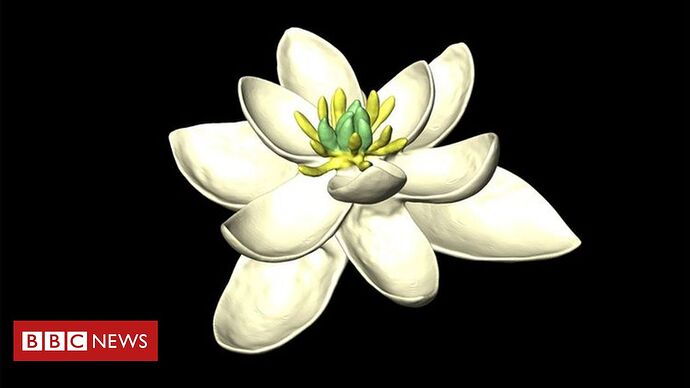 All living flowers ultimately derive from a single ancestor that lived about 140 million years ago, a study suggests.

For instance, we don’t know if the oldest flowers were unisexual or bisexual, or if they were pollinated by wind or insects."

Sex evolution in flowers has been highly debated. Flowers can be unisexual or bisexual and this study infers a bisexual early flower with both male and female organs.

“This study is important as it tells us how complicated the ancestral flower is likely to be - now the search is on to find it or something closely resembling it in the fossil record. That’s if the model is correct - only time (and further study) will tell,” said Jason Hilton.

@Kira didn’t you mention that you had some insight into which came first the Bee / polinators or the Flower - where did you read that?